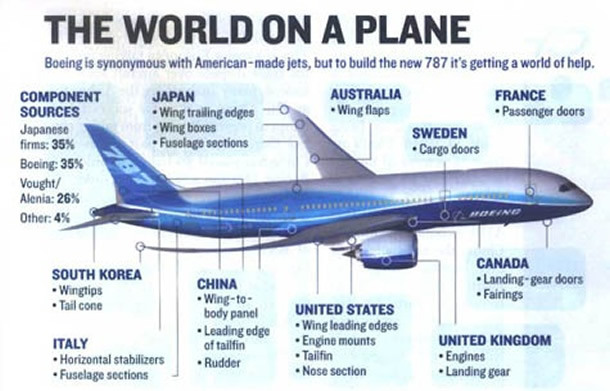 Outsourcing: Where Will You Draw the Line?

The Defense Department is due to report to Congress that in Afghanistan, U.S. troops continue to be outnumbered by private contractors. The contractors are described as performing auxiliary duties so that military personnel can focus on core tasks. Sound familiar? How many companies do you know that have outsourced “non-core” activities to focus on its “core competence”?

The trend is popular in information management, as new technology has made outsourcing that task easier. Software programming, data entry, processing, and storage, and such tasks are now routinely done by contractors to major corporations, often located abroad. This is even giving rise to “cloud computing,” where the computing function itself is relegated to a massive collection of servers owned by a few global vendors. Salesforce details what goes into the development of enterprise applications in their articles while others explain the necessity for companies to use low code platform ‘outsourcing’ to meet demand.

But the pressure of shrinking budgets has pushed outsourcing further, as shown by the tasks that military contractors have been asked to perform. These include not only laundry and food services, but also building, maintaining, and even guarding military outposts. The military is now finding that some of these tasks, though not strictly “core” battle-related missions, are difficult to contract effectively and reliably.

That is the nub of the problem in the commercial sector, too: The question to ask is not if a task is “core” or “non-core,” but if it is “contractable” to an outside vendor. Far be it from us to advise the US military on how it should organize its missions. But we do have ample theory and evidence to advise corporations on where to draw the outsourcing line.

Ronald Coase won the 1991 Nobel Prize in Economics for his theory on this question, published in the 1930s. Characteristics of the transaction, he argued, can make it hard, or costly, to contract a task to an outsider. In such cases, the firm would be better off doing the job itself, he reasoned. Research since then has helped us understand better what determined these “transaction costs.” Two points are worth mentioning here.

First, outside vendors may have to invest in unique assets and technologies to provide the service. If there is demand from multiple buyers, this is not a problem, as is shown in the information processing sector. But what if NASA asks outside vendors to supply launch services for its future missions? In fact, NASA is being asked to send people where none has gone before (Mars), but with a shrinking budget. The solution: Outsource! But because NASA will be the unique buyer of these services, any vendor will need assurance that NASA will buy its services before it invests too much in the business. This contracting problem is leading NASA to experiment with various mechanisms to provide the right incentive to entrepreneurs.

Second, ensuring the quality and the “fit and finish” of the vendor’s product may be a problem. NASA will face that issue in the future; Boeing already has. With its Dreamliner 787 project, Boeing sought a new approach to engineering and production, relegating more work to suppliers and keeping final integration to itself. But Boeing found it hard to keep track of supplier schedules and ensure that parts from different suppliers fit together as intended. The well-known delays that have resulted led Boeing this summer to buy up key vendors and regain tighter control over the supply chain.

This is the key lesson from the evidence: Tasks that are hard or costly to outsource require an extra dose of management. Or you should do them internally. The worst solution is to outsource them and then under-manage the transaction. Boeing is realizing this and making corrections. The Defense Department reportedly has decided to send more personnel to Afghanistan to oversee contractors.

In this sense, the term “outsourcing” is an unfortunate one. With every outsourced task comes a new responsibility to govern that task properly. The burden of manufacturing a part or running a call center may be shifted to an outside company. But the responsibility for managing the supplier and for ensuring quality doesn’t budge. Denying this amounts to governance myopia.