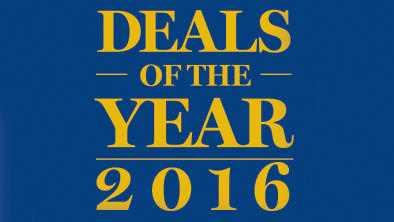 Editor’s note: Even if the volume of mergers and acquisitions fell short of the 2015 record, new mergers and partnerships were formed, and some big ones were busted up, writes Benjamin Gomes-Casseres, an expert in alliance strategy.

This year saw another bumper crop of remarkable business deals. Even if the volume of mergers and acquisitions fell short of the 2015 record, new mergers and partnerships were formed, and some big ones were busted up. All of these tell important lessons for managers. A few of the same companies show up in my list this year as they did last year, but for difference reasons. Let’s start with the five most remarkable break-ups:

1. Allergan-Pfizer: the last inversion. Last year ended with the blockbuster announcement of the $160 billion deal between Pfizer and Allergan, motivated in great part by tax benefits of “inverting” Pfizer’s domicile to Ireland. This tax accountant’s dream ended brusquely when the U.S. Treasury issued new rules that appeared to disqualify this inversion. Within 24 hours, the deal was dismantled. Lesson: What Caesar gives, Caesar can take away, so don’t base your long-term deal strategy on regulatory arbitrage.

2. Staples-Office Depot and Halliburton-Baker Hughes: the last stand of antitrust? In the same week of Allergan-Pfizer’s demise, two other big merger proposals met their fate, this time by the hands of anti-trust authorities, not the IRS. The $28 billion tie-up of Halliburton and Baker Hughes was cancelled after being challenged by the U.S. Justice Department, which said it was anti-competitive in a long list of markets, from drilling fluids to drill bits. Then Staples and Office Depot lost their case in anti-trust court, and were forced to discontinue their plans for a merger. The lesson here is a question: Will the new regime in Washington maintain these standards of anti-trust enforcement, or will there be a thaw?

3. Wallgreens-Theranos: blinded by the light. Some business combinations died not by the hands of government, but simply by the failure of proper due diligence. What else should we call the cancellation of the alliance of Wallgreens and Theranos? Like many investors, Wallgreens seemed to have been infatuated with the promise that Theranos would make blood tests convenient, cheap and painless. And like these investors, it learned a bit too late that there was less there than met the eye (or the heart). Marry in haste, repent at leisure.

4. Oracle-Hewlett Packard: expensive way to leave your lover. Even long-term corporate marriages can end in divorce — and when they do, it’s often costly. Hewlett Packard (in its original incarnation) in practice ended its long and deep partnership with Oracle, when it brought suit against Oracle in 2012 for violating their partnership agreement. This year a jury awarded HP a $3 billion settlement. This case highlights how tricky “incomplete contracts” can be – coincidentally, two economists received Nobel awards this year for work on precisely that topic.

5. Brexit: surprise, surprise! Who would have thought that Britain would break off before Greece? Even prediction markets were wrong on this break-up of the nation-state partnership called the European Union. The implications for business are many, even if perhaps not as dire as initially thought. More important lessons for business lie in the process that delivered this result. Every merger or partnership has winners and losers inside the organizations of the partners, even if they are often suppressed by the majority view or the view from the top. Organizational leaders everywhere better take note.

But all was not bleak in corporate marriages in 2016. Some bright-eyed pairs tied the knot, even if sometimes a partner was on its second round. What can these newlyweds learn from the deals that have gone before them? Here are the five most remarkable new deals of the year:

6. AT&T-Time Warner and Verizon-Yahoo: AOL-Time Warner redux. Sixteen years ago, AOL and Time Warner tied up in a merger that promised to create value by bringing media content and internet “pipes” under one roof. Nine years later, the combination admitted failure and dissolved. This year AT&T and Time Warner and Verizon and Yahooare trying to do much the same. Is the time now finally right? Have we learned from failures to now make this kind of integration work? More immediately – will the anti-trust and due-diligence issues that doomed three deals last rear their heads here again?

7. Microsoft-LinkedIn: internet tidal wave redux. Twenty years ago, Bill Gates came down from the mountain and announced to his Microsoft employees that the internet was a tidal wave that they had to rush to get on. This theme was echoed in Satya Nadella’s redirection of Microsoft toward online business models in 2016. Foremost among his moves was the acquisition of LinkedIn, one of the darlings of the social-media and cloud computing tidal waves of today. Consumers again were promised gains from integration. They should remember that the price of this deal was $26.2 billion — the number of miles in a marathon.

8. Tesla and Panasonic: the ghost of Fisher Body. After General Motors acquired Fisher Body in 1926, economists locked on to the case as proof of the benefits of vertical integration. Since then, the auto industry has gone the other way — outsourcing more and more components to outside suppliers. Until Tesla. Together with Panasonic, Tesla opened in 2016 the largest internal supplier of car components in years — its Gigafactory for lithium-ion batteries. Other electric car makers remain content to buy batteries from external partners. The success of Tesla’s big bet on vertical integration will depend, as always, on the economics of contracting as much as on production costs.

9. Bayer-Monsanto: bugs and drugs. The reshuffling of cards in life and plant sciences continued unabated this year, with Bayer buying Monsanto for $66 billion, ChinaChem buying Syngenta for $43 billion, and shareholders approving the $130 billion Dow-DuPont merger. The Bayer-Monsanto deal is the biggest bet on the idea that genetics and biochemistry rule life — whether of plants, bugs or people. The outcome of this bet will say whether plant sciences and pesticide chemistry belong under the same roof as health sciences and pharmaceuticals.

10. Johnson Controls-Tyco: last nail in the conglomerate coffin. The classic conglomerate that was Tyco International has been dividing itself in pieces since 2006 (under Ed Breen, now CEO of Dupont). All told, Tyco spawned six independent companies over this period, many of which were merged into other entities, in a continual remixing of assets. Its industrial gas spin-off was bought by Pentair, Covidien was bought by Medtronic, and in 2016 ADT was bought out by private equity, and Johnson Controls bought the fire and safety business that had kept the Tyco nameplate. Are conglomerates therefore a thing of the past? Hardly. But the success of these spinoffs will help us better see the relative value of corporate diversifications or focus.

One more year into the great business remix, we know that the reshuffling of assets we have been witnessing will continue. The driving forces of technology, globalization and connectivity are too strong for businesses to stay put. In this new world, managers would do well to learn from the remarkable bets and folds of the last year. 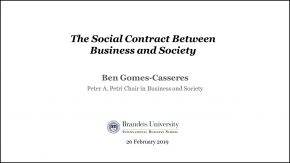 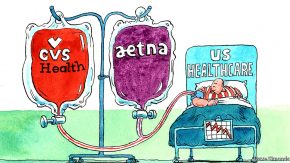 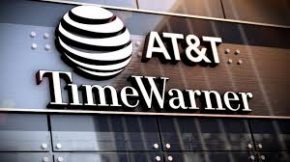 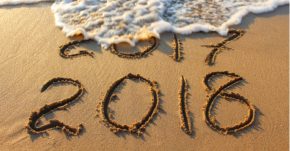 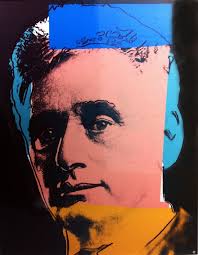